The below wage gap data (Image I) shared today publicly further supports our earlier findings shared below as an...

April 20, 2018
The below wage gap data (Image I) shared today publicly further supports our earlier findings shared below as an image (Image II) that the gender-based wage ratio of 0.74 usually mentioned is not really the case, and is highly dependent on variables such as, nature of occupation, years of experience, location, and more.

As pointed out before, women's participation in the labor force in US has been increasing during the last forty years, and until then there used to be a much larger proportion of men in the labor force, especially in fields such as, medicine and health care.

Taking this factor into account, which indirectly points to more years of experience, along with men outnumbering women in the medical arena even in the current times, the wage gap might not be as pronounced as we think.

Another perspective:
The median income for a bachelor's degree holder in US is around $55K,
whereas the salary of even the women gastroenterologists happen to be almost 6.5 times more than the average median income, and still there are qualms about wage gap. 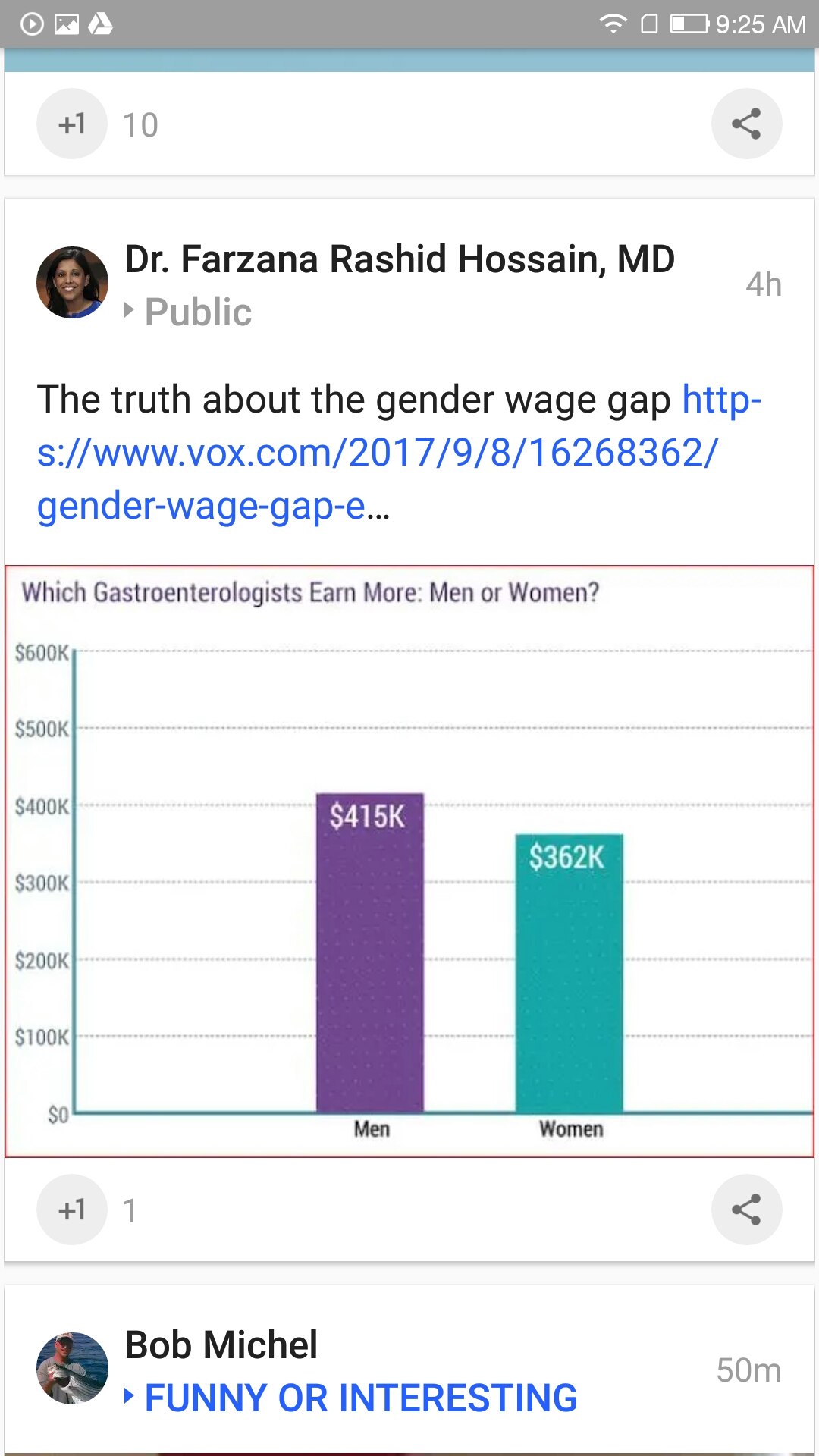 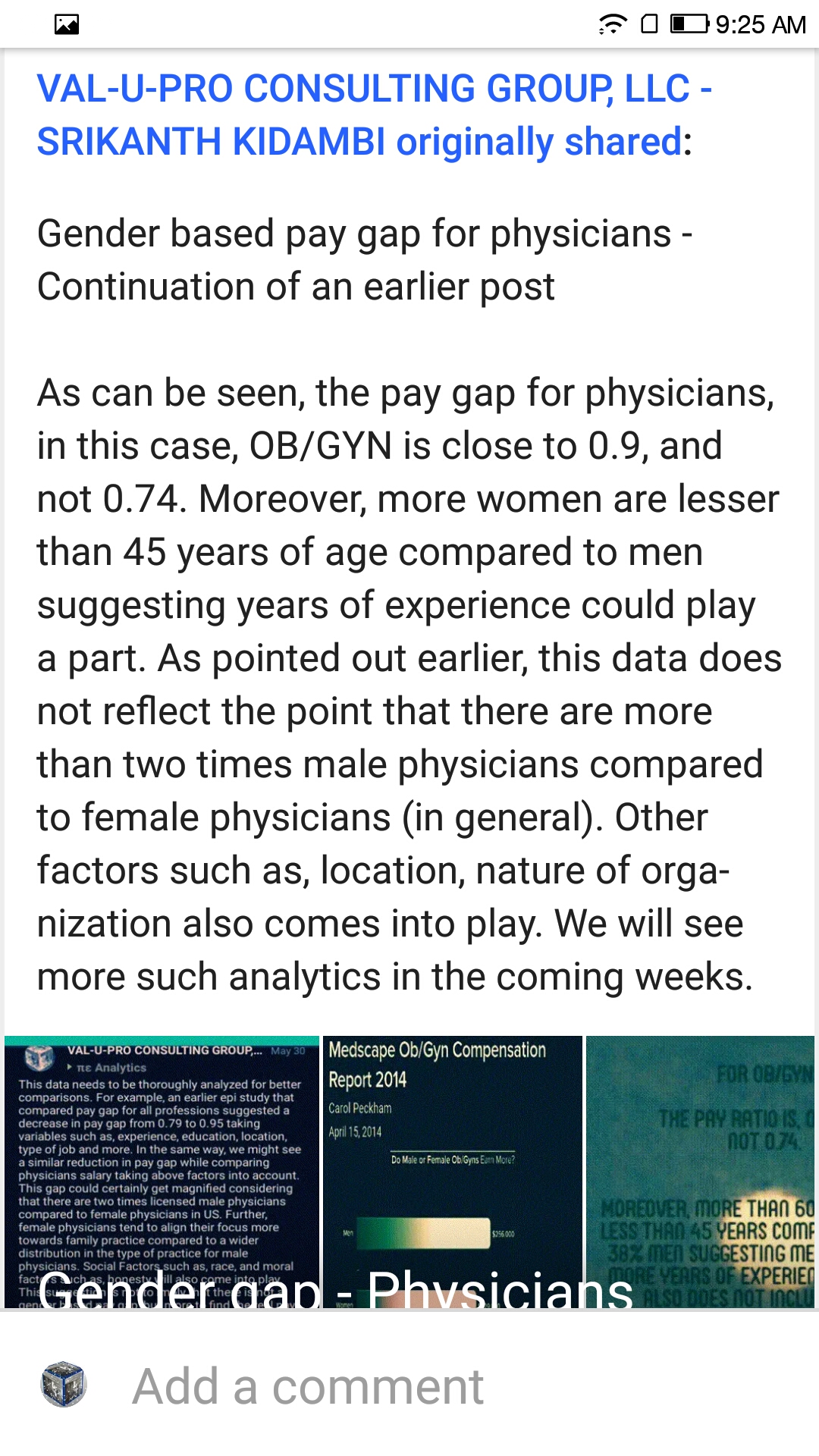 Source : https://i.gifer.com/PwPs.mp4 Article originally shared in Analytics Pie Let us say that a country U spends 1/6th of their GDP, which equates to around 16%, in health care related expenses, and is a leader on this front by more than twice compared to the next country on a per capita basis. To add complexity to this analysis, we will add one more situation where there is a global pandemic, and this country sees 16% mortality out of all (official) global mortality due to the same pandemic, and is a leader on this front as well.  WHY OFFICIAL MORTALITY DATA?  The reason being that a country T could ban the use of the word that causes this pandemic, showing nil deaths from the pandemic. Could this happen in the real world? What do you think?   QUIZ QUESTIONS What will happen, if this country decides to increase its health care  expenditure to 25% from 16% in the next five years, if there were to be another pandemic in the future? Would other countries take action to

Recently, a Teen in Virginia was admitted for third degree burns on his face and hands due to contact with Giant Hog...